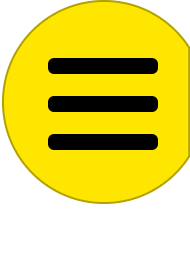 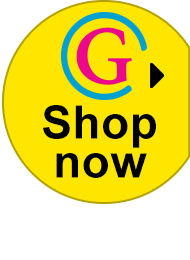 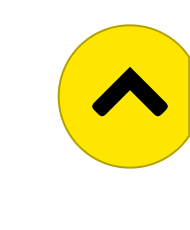 Most bronze-clad bookends were made during the Art Deco Period of 1920 to 1935. The Roaring Twenties fostered a thriving business for a handful of US companies working in bronze-clad, producing a large variety of bookends, figurines, and religious statuettes. The Art Deco aesthetic originated in Paris in the early decades of the 20th century and affected all areas of design through the 1920s and 1930s, and so falls between Art Nouveau (1890-1905) and the post-World War II art movement of Abstract expressionism. From our research: A brief history of the companies that produced bronze-clad.

What is bronze-clad?
Visit our Bookends 101 The company we know as Armor Bronze started as The National Metalizing Company. While some folks seem to think that the company was in business as far back as 1880, our research leads us to believe 1910 is closer to the actual founding date. The print advertisement at right, from 1915, lists their studio and showroom at 333 Fourth Avenue in New York City; their main office and factory was in Garwood, New Jersey. Attesting to their range of products, the ad also states: “This lamp is only one of many Armor Bronze Lamps and Works of Art, Doorstops, Bookends and Trays of exceptional beauty and charm.” During this period ‘Armor Bronze’ was advertised right alongside the company name; beginning around 1920 National Metalizing was dropped and they became the Armor Bronze Company. The company resurfaces in Taunton Massachusetts in the mid-1930’s, with production ceasing around 1948. The term ‘galvano bronze’ is essentially generic, it was often used by all of the makers in their literature to refer to the galvanic process that is the physics behind electroplating and electroforming. Galvano Bronze Company refers to P. Mori and Son, based in New York City. Although the electroforming process was discovered around 1830 in Europe, it was recent immigrant Paul Mori who founded the first sizable commercial venture that used the process — and coined the trade name ‘Galvano Bronze’ to market their products. (Their label reads: Galvano Bronze, P.Mori & Son, hence the obvious practice of appending ‘Company’ to its trade name.) The company appears to have been founded in 1889, but some references list 1915 as the earliest date for a pair of bookends. Early advertising suggests that the company may have initially produced architectural products in bronze-clad. Some references state that the company was sold to its employees, later to become the Pompeian Bronze Company. KBW marketed their products using the trade name ‘ARTBRONZ’, and sold ‘Book Rocks’ (bookends), lamps, ashtrays, and more. The print advertisement at right, from 1914, lists their retail address at 501 Fifth Avenue in New York City. The ad also states: “Artbronz is the standard of perfection and has been for the past five years”; putting their likely founding at about 1910. Despite many fine products, the company was short-lived. In 1915 they fell victim to one of Wall Street’s most notorious stock manipulation schemes — cooked up by C.R. Bergmann & Co. — KBW was first promoted as a contractor to supply auto tire stems, then to supply ammunition for World War I. Bergmann profited from trumping up KBW stock in a push to raise capital forty-fold, with the stock skyrocketing from $3 to almost $70 per share. Alas, it was not to be … they should have stayed with bookends, since by 1918 Kathodion Bronze Works had filed for bankruptcy. Founded in 1922 by Arthur and Marion France, the Marion Bronze Company produced bronze-clad bookends, lamps, candlesticks, mirrors, wall plaques, and religious statuettes at a small production facility behind their house in Metuchen, New Jersey. Production by the couple continued until they retired and sold the business in 1958 — with the subsequent owner continuing production until 1971. A catalog of theirs from the 1950s states: “Our skilled craftsmen hand cast each piece into ‘Cerama-Stone’, a scientific exclusive formula which permits high fidelity reproduction. Each piece is then carefully prepared so that it can be encased in real bronze metal. Unlike most metal castings, which are hollow, the Marion Galvano Bronze method makes a solid reproduction of the proper weight for lifetime durability.” Marion Bronze was the longest-lived company producing bronze-clad bookends. Based in Brooklyn New York, the Pompeian Bronze Company produced bookends in bronze-clad and in spelter, as well as lamps, ashtrays, and more. In 1921 alone, Peter Manfredi, of Pompeian Bronze, registered 27 designs of bookends and lamps with the US Library of Congress Copyright Office, including some of the finest designs ever created. But PB too was gone by sometime around 1930. Some reports suggest that the company, upon dissolution, sold its plaster molds and plating tanks to Marion Bronze — we’ve not come across any printed evidence to support this — but it seems plausible, and it would explain why a number of later-produced bookends by Marion Bronze are nearly identical to earlier Pompeian designs.